Rose wrote her first rock opera at the age of 5 and performed it for her teddies in the family linen cupboard. She later embarked on a three year classical theatre training at Drama Centre, London after which she was represented by International Creative Management and performed on the London stage, including for Sir Peter Hall at the Old Vic and Phil Wilmott at the BAC where she took the title role in Germaine Greer’s adaptation of Lysistrata and won excellent reviews in the national press.

Eventually disenchanted with the drudge of auditions, insomnia and Cupasoup – peppered with sporadic work – Rose took a U-turn and founded Kaliyoga retreats in Spain, Italy and France (kaliyoga.com). After a decade of observation and armed with a mine of material from the holistic world, Rose returned to writing and performing stand-up comedy, character sketches, and cabaret for a variety of audiences, both live and online.

In 2019 she wrote and performed ‘Life Fright!’ a one-woman stand up comedy show and, spurred on by great reviews, she is currently writing a second show called ‘Gypsies Eat Our Pets’

Her TV script, Kings Road, co-created with her sister – the author Lucy Wadham – won the C21 Scriptwriting Competition which is part of the C21 International Drama Summit at the British Film Institute. 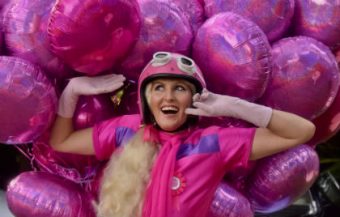